Hard work at Tauvette by the Ottawa Patriots 15U Team

Posted by Ottawa Patriots Baseball on Jun 26 2022 at 05:58AM PDT
More editing options 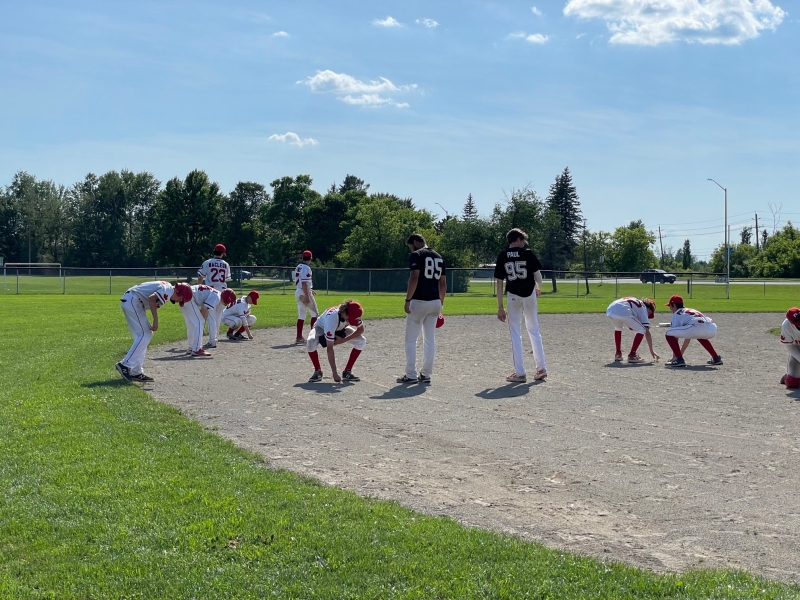 On Saturday, June 25, 2022, the Ottawa Patriots 15U team worked hard before, during and after their double header against the Lac St. Louis Tigers. The Patriots tied the first game and won the second game, maintaining their standing in the top three of the LBICM 15U division. After the game, Patriots’ 15U head coach, Daniel Cordero, had a different idea for the usual post-game conditioning….the boys did squats in the infield and weeded to help with the field maintenance.
Go Patriots Go!

There are no comments for this announcement.